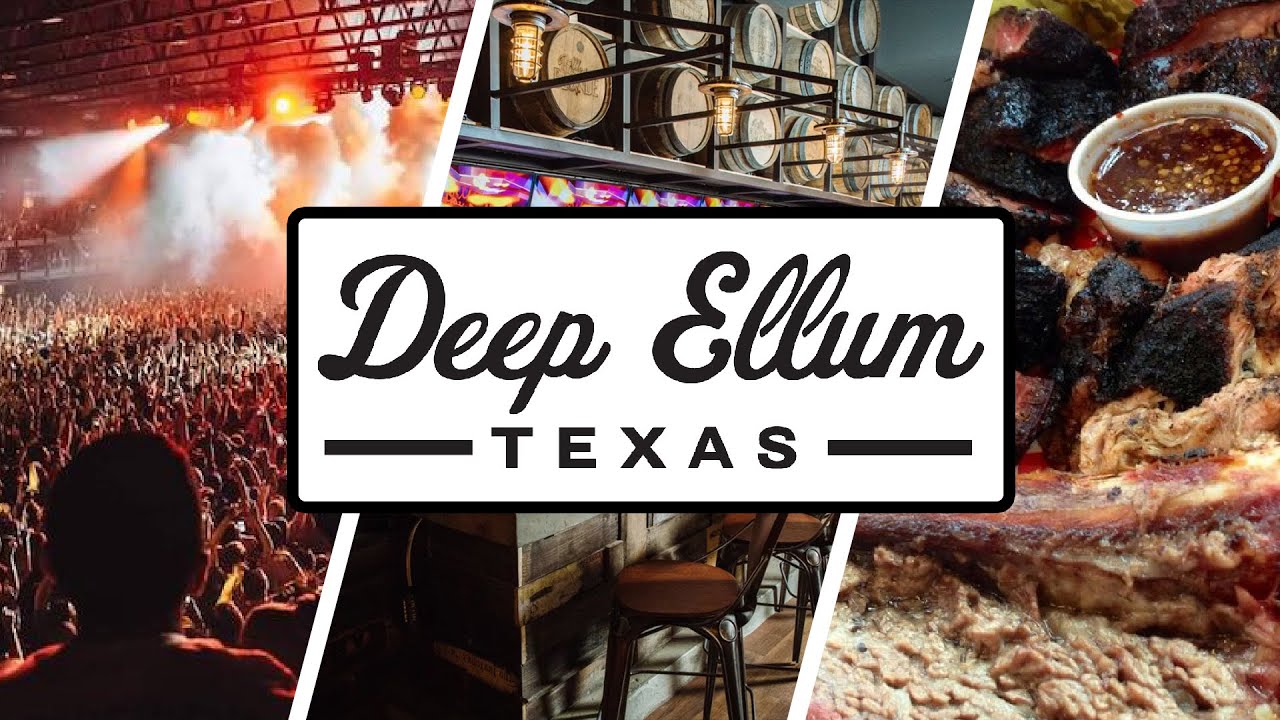 The Deep Ellum District is a Dallas historical gem, primarily a residential and commercial district in the 1880s it developed into derelict warehouse space and in the late 1960s through 2000 began evolving into the entertainment, restaurant and services district it is today. 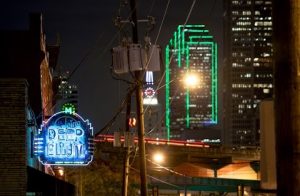 Popular music legends such as Blind Lemon Jefferson and Bessie Smith played Deep Ellum in the 1920s and 1930s. Today, up and coming legends are playing nearly every night somewhere in Deep Ellum. Catch an act tonight and become part of history in the making.

This entertainment and arts district in which Deep Ellum has become a retail and entertainment center for Jazz and blues artists and more. If you are looking for a unique experience and a popular nightspot for young urban people it has fashion shops for the hip and a variety of merchandise including antiques crafts and art.

It eclectic restaurants and residential lofts. Previously deserted historic buildings and warehouses are now thriving with people eating, working, living and playing. Home to numerous clubs, featuring an array of music, from blues and jazz to reggae and alternative rock, but it is also home to various theatrical and artistic venues.

For the best music has to offer, go on the first Friday of any month, where you will get into five participating clubs for five dollars. This area has gained a reputation as an entertainment and retail shopping district.

The Gypsy Tea Room is a well-known favorite in the Dallas area and was voted 2000 Best of Dallas Scenes, no matter what kind of music you like, Gypsy provides it.

The Story of Deep Ellum

The Deep Ellum Dallas Neighborhood, formerly called Deep Elm, and also called Central Track due to its proximity to the Houston and Texas Central Railroad, was developed in the late 1800s as both residential and commercial Dallas neighborhood located in the east side of Downtown Dallas. It has the largest collection of commercial storefronts originating from the early 20th century.

Since 1884, when the first industrial business opened in Deep Ellum, the land has absorbed an overrun of business, great entrepreneurial ambitions, and industrial parts, along with the next-to-arrive restaurants, art galleries, retailers, bars and visitors. Many feet, tires, and tracks have packed the earth of Deep Ellum. It is the culmination of all these elements in this entertainment-district that was borne from an industrial heritage that provided the materials for creation of The Traveling Man.

The story goes that sometime before 1900, an old steam train was buried near the intersection of what today is Main Street and Good Latimer. A majestic elm tree grew nearby in a grassy area, providing a shady spot for visitors to gather and shelter for many songbirds. As the roots of the elm tree grew closer to the buried train, magic started to happen. The surrounding dirt, fertilized with all that is Deep Ellum, created a womb. The Traveling Man was conceived late one night when a splash of gin spilled onto the dirt reached the tip of the elm tree root that rested on the train – and his gestation is nearly complete. This incredible man will be born in the summer of 2009.

IN 2007, The Traveling Man reached out to Brandon Oldenburg and a team of artists in Deep Ellum at Reel FX Creative Studios. The Traveling Man’s image and personality began to reveal himself, the folks at Reel FX knew something special was about to happen. But they needed a little help from Dallas sculptor Brad Oldham to complete his image. The Traveling Man has done for years, he has facilitated yet another creative collaboration – this one between Reel FX and Brad Oldham – to bring him alive above ground.

To the left is an early sketch of The Traveling Man. It’s important to note that he is not a representation of a single element of Deep Ellum; rather, he uniquely encompasses many aspects of the community in a timeless manner. The guitar-shaped head is a nod to musical history. The robotic shape demonstrates the playful and engaging nature of Deep Ellum. The height, lengthy spiral legs, and outstretched arms represent the high aspirations of the Deep Ellum community and its future growth. The Traveling Man’s position in motion shows this is a part of town “on the move.” The open heart symbolizes the acceptance of Deep Ellum. The materials used in The Traveling Man are metals that would be commonly used in the industries that first established this neighborhood. And, finally, his sense of humor and whimsy are derived from the many creative people who live, work and visit Deep Ellum.

The Traveling Man has subconsciously inspired artists for years. There’s a certain allure to Deep Ellum that has gone unidentified for more than a hundred years, but can now be traced back to The Traveling Man. His thoughts come up through the elm tree roots and are carried by the songbirds throughout the neighborhood. Birds are his best friends; they dance in the sky and sing beautifully to communicate his inspiration, as The Traveling Man never speaks. His wisdom comes from years of listening to all that happens at street level.

Hints of The Traveling Man’s influence can still be found in the subject matter of restless artists, in the manifestation of visitors to Deep Ellum for business owners, and even in the designation of a new DART rail station for the community. Whether it’s the classic artist or the artful businessman, travel is an essential component of success – and travel is the common thread that ties Deep Ellum’s history to its future. Soon this gentle, wise man will stand tall, raising with him the dreams and aspirations of those who believe in him.

About The Traveling Man Sculptural Series: 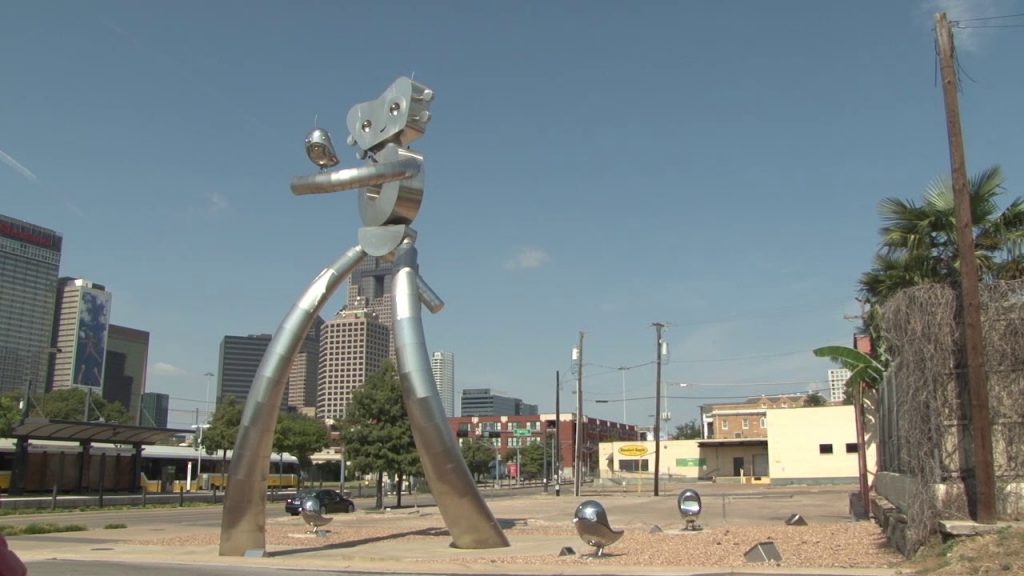 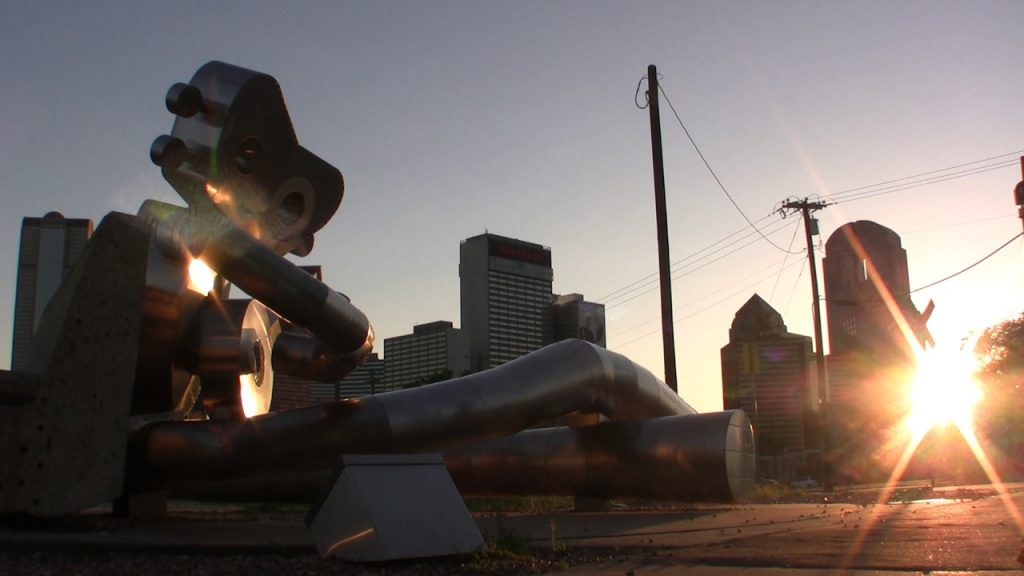 The Traveling Man – Waiting on a Train

Waiting on a Train is a 9-foot tall sculpture sitting on a stained concrete pad. Its internal construction is steel, and the exterior of the sculpture is brushed stainless steel with hundreds of visible stainless steel mono bolt rivets. He is leaning against a large section of the former Deep Ellum Tunnel, which will create a seating bench behind the sculpture, looking toward Deep Ellum. The birds are mirror-finish polished, cast stainless steel like the birds at both other sites. Lighting and landscaping mirror the other locations to create a cohesive feel throughout.

To tie the rail station into the neighborhood, the corner of Good Latimer and Elm Street is significant as this location not only brings The Traveling Man concept into the heart of the neighborhood, but also encourages visitors and residents to gather, recharge, and continue exploring Deep Ellum. The Traveling Man’s eight-foot-wide head rises from the ground as if he is emerging from the earth below Deep Ellum. As people meet, talk, sing, wait, and spend time in Deep Ellum, they can lounge on his approachable head. In addition, the birds offer their bodies to guests for generous seating. The path encourages visitors to step off the sidewalk to enjoy a short respite and watch the activities of the busy intersection.